“EXPANDING THE FRONTIERS OF KNOWLEDGE ON JAPAN AND ASIA-PACIFIC REGIONS” 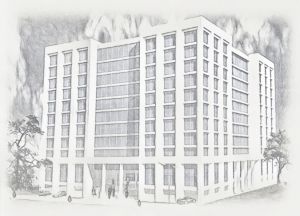 About the Department of Japanese Studies

Japan, for its miraculous economic boom, outstanding success in the area of science and technology, uniquely unique culture, long standing history and heritage is always a subject matter of study in the world academia, particularly, after the World War II. Japanese model of economy, management, science and technology are still studied by the scholars with great enthusiasm. It is indeed a mirage for the scholars to draw final conclusion in terms of the reasons behind Japan’s quick transformation as an economic super power.

It is very important from Bangladesh’s perspective to study the salient features and the driving forces and ideologies in details that worked behind the emergence of Japan as an economic super power. For the purpose of in-depth study, to meet the increasing demand of the community and considering the prospect in mass level, the multi-disciplinary major program of JSC is expanded as ‘Department of Japanese Studies’ (DJS) in July 11, 2017. DJS is continual successful rotation after running 22 years long way since 1994. Professor Dr. Abul Barkat is the Founder Chairman of DJS.

DJS is aims to provide the students with broad knowledge and deep understanding of Japanese politics, economy, culture and society as well as Japan’s role in economic, social and human development of Bangladesh, South Asia and the world. DJS will emphasize the language, culture, society and civilization of Japan from multidimensional approaches.

Department of Japanese Studies, University of Dhaka has received the prestigious Japan’s Foreign Minister’s Commendation Award yesterday. The Foreign Minister’s Commendations are awarded to individuals and groups with outstanding achievements in international fields, in order to acknowledge their contributions to the promotion of friendship between Japan and other countries and areas.

Department of Japanese Studies would like to introduce the upcoming JETRO’s virtual event for its students to work in Japan. DJS students can join the event via online.